For A Leader, Having High Emotional Intelligence Isn’t Optional

For A Leader, Having High Emotional Intelligence Isn’t Optional

By Carolyn Stevens | Communication, Emotional Intelligence, Influencing Others, People Leadership, You As A Leader | 0 comment | 5 September, 2018 | 5 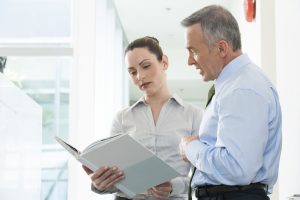 Emotional Intelligence (EQ) is the ability to notice
and influence one’s own and others’ emotions.

Recently I was told about two senior executives who, in a meeting with their team members, declared that they didn’t have high EQ.

One of them even inferred, to his team members of all people, that low EQ was a badge of honour. The other executive said he “didn’t think EQ mattered much. This made me wonder where they’ve been for the last twenty or so years?

These two executives aren’t giving vital credence to the vast research and evidence that tells us that leaders without a healthy EQ have a massive negative impact on their team members motivation, team-spirit and productivity—and thereby the success of the organisation.

What Happens When Leaders Don’t Have High EQ?

Let’s face it, we human beings are emotional creatures. We’d better express our emotions appropriately, or prepare for repercussions.

When you, as a leader, are inappropriately emotional—when your emotions have “got you”—there will be serious consequences.

A handful of likely consequences will be:

High EQ is a critical competency for a leader. If you don’t have enough of it, you need to take steps to turn things around.

Your Leadership Call To Action

The good news is that:

And that means you can grow your EQ.

Email me to arrange a complimentary chat if this is something you’d like to investigate.

“Carolyn’s authenticity and candour impressed me immediately
and her wealth of experience gave me complete confidence in her abilities.

She has helped me unleash my true capability and leverage skills
to be a more effective leader.”

She’s supported leader after leader (including those who previously struggled to confront the difficult, let alone persuasively deal with the it) flourish—and become confident, courageous and impressively influential.

Carolyn is authentic and results-oriented. She draws on an eclectic array of approaches, tools and techniques to suit the situation.