Are You Making THE Biggest Mistake Leaders Make?

Home Communication Are You Making THE Biggest Mistake Leaders Make?

Are You Making THE Biggest Mistake Leaders Make?

In more than twenty years of coaching senior leaders, I’m clear on the answer to the question, “What is the #1 mistake leaders make?” 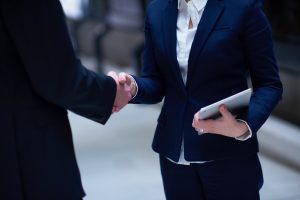 But that’s not so.

A friend who’d recently moved into a GM role hadn’t had feedback from her boss. She was therefore unsure about how well she was performing. When she asked her boss for feedback, he said “I’ll tell you if I don’t think you’re on track. Isn’t that enough?”

(I promise, this is a true story!)

In tune with that, during team-member 360-feedback interviews, when I ask, “What could your boss do to be an even better leader?”, the team member consistently tells me they want more feedback from their boss.

The Costs of Insufficient Feedback

When team members talk about the impact of them not getting enough feedback from their boss, they say:

These sorts of responses are consistent, even from the most confident, effective performers.

Fortunately it’s not hard to turn around this #1 mistake leaders make.

BTW, Your Team Members Are Unlikely To Let On That They Care A Lot About How You Perceive Them

When you’re not giving them enough feedback, your team member usually decides they’re not important to you. That’s when both their motivation and discretionary effort takes a big hit.

Conversely, when you give them feedback, it tells them that you care enough to invest time in helping them do their best work.

Your Call to Action

If you’re one of the many leaders who aren’t giving regular feedback, you can easily turn things around…

Ask each of your team members, individually, “If I were to give you more feedback, what would you like feedback on?”

Let me know what you discover. I always like receiving your feedback :-).

My career was at a crossroad and I needed that “secret sauce” to comfortably
transition to the next level. Yes, I could read it in the leadership books. But you helped
me put it into practice. Your coaching is a perfect fit for any business leader who wants to
perform at a higher level.  I have no hesitation in recommending you to my colleagues.

She specialises in helping ambitious but frustrated female leaders become a totally inspiring and sought-after leader.