A Sure-Fire Way To Lift Your Team’s Productivity

A Sure-Fire Way To Lift Your Team’s Productivity

With great regularity, team members tell me they’re not receiving enough feedback from their leaders—which means the team member’s not getting the support they need to do a great job. 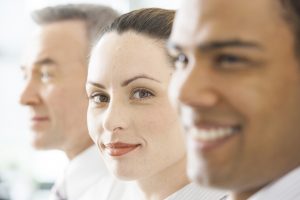 Most people are somewhat in the dark when it comes to knowing enough about where they’re right on track and where they could be more on track.

And how can they turbo-charge their efforts if they don’t have clarity on where they could boost their performance?

How Can I Speak With Such Certainty About This?

I almost always have at least one 360-degree feedback program on the go. This has me speaking to huge numbers of team members.

It’s rare for those team members to tell me that they get enough feedback from their boss.

My first-hand experience tells me that more than 80% of team members are wanting (and needing) a better feel for their leader’s perceptions of their work.

Are Your Team Members Getting The Feedback They Need To Be At Their Best?

By the way, it’s not just positive feedback that your team members want—they seriously want to beef up their less than admirable characteristics, behaviours and practices too.

They want to know what you, their leader, like about what they’re doing—as well as what you’d like them to do differently.

It’s improbable that, if asked, your team members would tell you that more feedback from you would be useful—in that it’d help them better align their work and their approach to it with your expectations.

Your Leadership Call to Action

Rather than assuming you’re amongst the 20% of leaders who give plenty of feedback, will you ask your team members if they would benefit from more feedback?

But I don’t suggest you simply ask that question…

I suggest you say something like: “In a perfect world, which aspects of your work would you like me to give you more feedback on?”

When you regularly have this sort of discussion with each of your team members, provided you create a candour-inducing, safe atmosphere, I know you’ll be pleased with the impact that your discussions have on discretionary effort and productivity.

What I discovered over an intensive and enjoyable six-month period of one-to-one meetings was precisely a means to cut through the managerial nonsense and position myself for real advances in my career.

The beauty of Carolyn’s approach is the fact it shows you how to confront your own barriers and deal effectively with those put up by others. This has, for me, proved the key to a new and rewarding career.”

She’s supported leader after leader to flourish and become confident, courageous and impressively influential (including those who previously struggled to confront the difficult, let alone persuasively deal with it).

She’s never too busy to talk to you—or to leaders you refer who’re in a hurry to boost their success. (carolyn@leadingperformance.com.au)