+61 4 1203 0947
[email protected]
Home Emotional Intelligence Are You A Female Executive Who’s Struggling To Progress Your Career?

Are You A Female Executive Who’s Struggling To Progress Your Career? 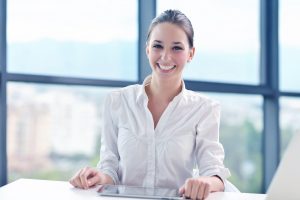 But many female executives’ careers stall when they reach a senior level in their organisation. They don’t need to!

Are you one of those female executives who feels frustrated because you’re not making headway with your career and not being offered the promotion you’re after. (Of course, male executives’ careers stall too. But women tend to have a different experience with career progression.)

It’s not a good idea to:

More Often Than Not, It’s What Goes On In Your  Head That Stalls Your Career

You’ll experience greater success when you adjust your thinking.

As a female executive, it’s important that you:

I regularly notice female executives reach new heights in their careers—and then feel stifled by subtle, internal doubts. They can learn to lose this self-judgement and doubt about their leadership capabilities.

When a spotlight is shined on their self-doubts, they realise that the doubts are something that they can control. And this control will make a radical difference to their effectiveness as an executive.

—even when you’re worried that your opinion’s not going to be popular or when you’re not feeling 100% certain about your stance.

Women have a strong need to be authentic and speak their truth. For example, things take a positive shift when they assertively (and without ego) speak with clarity about their achievements—which allows their potential as a senior executive to show through.

Feeling like you’re just surviving is exhausting and it’s most certainly not where you do your best work.  If you’re an overloaded female executive, you can learn to design and develop a turn-around.

Imagine how it’ll be when you don’t have that “dead-in-the-water” feeling!

Your Call to Action

You can take actions that will accelerate your career.

Finding a safe place to talk issues through—to discover where your thinking is off-track and to find a way to resolve your fears and concerns—is a realistic next step.

“Knowing I have you there to bounce things off—no matter where I am at—means so much.
Knowing I have the support there is often all I need to get back in the game.
It’s like a life raft that buoys me when I need it most.
Thank you so very much.”
—Senior leader, NFP organisation

She’s supported leader after leader (including those who previously struggled to confront the difficult, let alone persuasively deal with the it) flourish—and become confident, courageous and impressively influential.

Carolyn is authentic and results-oriented. She draws on an eclectic array of approaches, tools and techniques to suit the situation.

Register for my monthly leadership blog