The Best Way To Develop Your Leadership

Home Feedback The Best Way To Develop Your Leadership

The Best Way To Develop Your Leadership

Way Too Many Leaders Are Sitting Behind The Eight-Ball… 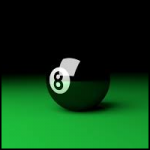 …because they haven’t gotten authentic, granular feedback about their leadership practices and behaviours from their boss, peers and team members.

Their self-perception is thus at odds with the way others see them.

Can you be certain that there’s alignment between your self-perception and others’ perception of you?

Candid feedback would potentially help every leader be a better leader, right? And it’d help some be a much better leader.

The Potential Costs Of Mismatched Perceptions

Let’s be clear, every leader has strengths and development opportunities.

What are the costs of a leader not being aware of their development opportunities because they haven’t had granular, authentic feedback:

Typically, there are two key outcomes:

THE Best Way To Get Feedback—And The Most Impactful Development Process, Ever

Years ago I always used an electronic 360-degree process—until late one evening my software crashed! I’d committed to launching the 360 the next morning, which meant I had a problem.

Then a light went on—I could speak to observers, rather than have them answer an electronic questionnaire.

My crashing software turned out to be a blessing! Not once since that crash have I ever been tempted to do a 360 electronically.

I discovered the value of having candid conversations with the leader’s observers.

In each conversation, we’d develop real clarity about where the leader is right on track and which 1, 2 or 3 behaviours, if changed, would make that the leader much more successful in their organisation.

I ask questions that turn confusing comments into clear insights.

Our discussions gave us authentic, granular “meat on the bone” information that, when actioned, would enable the leader to take solid steps towards being an exemplary leader.

Are you up for this revealing process that’ll enable you to be a (much) better leader?

Many leaders swear our 360 feedback discussions have been their most revealing, most impactful and most useful development process, ever.

Email me if you want to talk about what this might look like for you—or for a leader in your team.

What I discovered over an intensive and enjoyable six-month period of
one-to-one meetings was precisely a means to cut through the
managerial nonsense and position me for real advances in my career.

The beauty of Carolyn’s approach is the fact it shows you how to confront
your own barriers and deal effectively with those put up by others.

This has, for me, proved the key to a new and rewarding career.”

Carolyn Stevens has worked with leaders—hundreds of them—for more than 25-years.

She’s helped leader after leader feel total pride in who they are as a leader—confident, courageous, impressively influential (even when they’ve previously struggled to confront the difficult, let alone persuasively deal with it).

She’s never too busy to talk to you—or to leaders you refer who’re in a hurry to boost their success. Email to arrange a time to chat: carolyn@leadingperformance.com.au